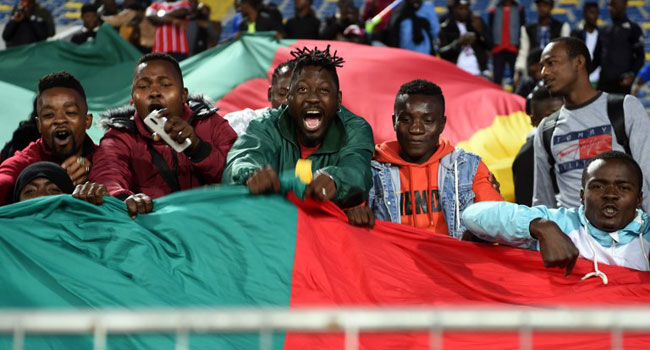 Morocco qualified for the 2019 Africa Cup of Nations on Saturday when Group B rivals Malawi lost 2-1 away to out-of-contention Comoros.

They are the sixth country after hosts Cameroon, Senegal, Madagascar, Egypt and Tunisia to secure a place at the finals, which will feature 24 teams for the first time.

The Comoran victory in Mitsamiouli in the Indian Ocean island state gave Morocco an unassailable six-point advantage over Malawi with only one matchday left.

El Fardou Mohamed Ben Nabouhane, who has been playing for Red Star Belgrade in the UEFA Champions League, gave Comoros a second-minute lead.

Patrick Phiri equalised after 53 minutes and Nasser Chamed scored the match-winner in the 70th minute on an artificial pitch.

Leaders Morocco and second-place Cameroon qualify from the group with the latter assured of a place because they are hosting the June 15-July 13 tournament.

Cameroon are involved in the qualifying competition to gain match practice before defending a title they won in Gabon last year by defeating Egypt 2-1 in the final.

Morocco climbed above Cameroon into first place in Group B Friday after beating them 2-0 in Casablanca through a second-half brace from Hakim Ziyech.

The Ajax Amsterdam midfielder broke the deadlock by converting a 54th-minute penalty and doubled the Atlas Lions’ lead 12 minutes later.

Although consistently among the strongest African national teams, Morocco have won the Cup of Nations only once, in 1976 in Ethiopia when the tournament was a series of mini-leagues.

The post Morocco Qualify For Cup Of Nations After Malawi Lose appeared first on Channels Television.