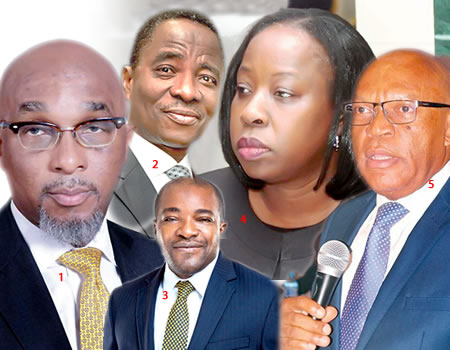 Success in life is largely a function of how time is handled. This is because the accomplishment of goals, visions, aspirations and objectives is done within a time frame. Therefore, those who are able to make the most of their time invariably make the most of their tasks and make the most of their lives. They achieve their purpose, they accomplish their goals and they are regarded as successful. Those who fritter away time end up on the wrong road of life with lamentations as their companion, because they find out to their eternal sorrow that lost time is lost treasure. Any lost time is irrecoverable, once it is gone, nothing can be done to bring it back. Lost time cannot be recreated; it cannot be recalled; it cannot be regained. As observed by Richard Whately, anyone who loses an hour in the morning will spend the rest of the day looking for it.

All APC candidates will win if…, Presidency tells PDP

Why time is important

The importance of time is rooted in the fact that it is the essence of life itself. Life is calibrated in seconds, minutes, hours, days, weeks, months and years. In other words, life is made up of time. Wasting time on a consistent basis is tantamount to wasting life; it is akin to one cutting one’s vein with a razor. It does not result in instant death but as the loss of blood persists, death becomes imminent. So, those who waste time die slowly.

The greatest opportunity nature provides everyone is time. Because nature is fair to all, everybody gets the same quantity of time daily. The poor are not at any disadvantage as far as time supply is concerned neither do the rich have any edge over the poor with respect to time allocation. The rich cannot increase their own supply of hours in a day to 25 or 26 or any other amount. The quantity supplied everyone is constant. What makes the difference between the two is what they each choose to do with the time allocated to them. Hence, the observation of Peter Drucker that time is the scarcest resource and unless it is properly managed nothing else can be managed.

People treat time differently and this reflects in the result they record. For some people, time is to be wasted. They have little or no respect for time; theirs and others’. They squander it and deploy it to unprofitable or unnecessary activities. According to Thomas Edison, time is the only capital that any human being has which he cannot afford to lose. Whatever is wasted does not give any value. But only fools waste time. The dictionary definition of foolishness is a lack of good sense or judgment. Anyone with a good sense will never fritter time away. So, only fools waste time.

Ordinary people spend time. Time is a resource; therefore, it is expected to be invested so that it can generate a return. But when time is spent, it is expended and it can only give momentary reward. Those who spend time do not get much from it or out of life.

How leaders invest their time

Leaders make the most of their time by doing a number of things. Here are some of them.

They mind their minutes

To make the most of his time a leader has to know where his time goes. This requires making conscious effort to properly allocate the minutes and hours that make up a day to predetermined tasks. If a leader can effectively account for every minute in a day, his productivity will soar because he will only deploy his time to those activities that are bound to add value to him and the people around him.

A very good way to accomplish this is to keep a journal in which are listed the activities meant for a particular day from the very important ones to the least important. With this, the leader sets out knowing what he has to do to get the results he desires daily. He will also be able to assess whether he is able to do what he plans to do or not. If properly done, he will be able to identify those activities that steal his time and devise ways of getting rid of them.

One thing that sets great leaders apart from others is the ability to prioritize their activities. A leader knows he does not have to do everything. He knows that daily there will be urgent and important tasks, which he has to personally handle. He also knows that there will be urgent but unimportant tasks, which he can assign to others. He gets the most out of his time and scales up his productivity and efficiency by concentrating on those activities that shoot up his productivity and give him the highest returns.

Those who try to do everything end up achieving inconsequential results.

They focus on the big picture

Leaders know that all their activities must be geared towards achieving set goals. So, they never lose sight of the big picture. They ensure that everything they get involved in contributes in a specific manner towards the actualization of the vision they have carved for themselves or their organizations. Whatever does not contribute to the vision is not important, so they avoid such. By doing this, they avoid getting sucked into trivial issues and have ample time for vital tasks.

Some things are good on the surface but when properly analyzed, they are time wasters. One of these is the social media. The social media has made life much easier, being an enabler which makes communication possible at the click of a button. However, being ubiquitous, it can also constitute a hindrance to effectiveness because of the amount of time a lot of people devote to it. Some people are hooked on to the social media all day round; they can’t do without checking their mail, twitter, Facebook, Instagram and other almost always. They never stop posting pictures or replying to online messages. As good as the social media is, spending too much time on it is nothing but counterproductive. Time, being irreplaceable, any part of it that is expended on the social media is gone and cannot be deployed to any productive use. So, leaders knowing the danger inherent in being obsessed by the social media, try to refrain themselves from getting sucked in by it and attend to crucial issues first before paying attention to the social media. They do not relegate the importance of the social media but they neither allow it to control them nor let it stop them from focusing on the real issues.

The life of a leader is made up of decision-making. If a leader keeps postponing making a decision or taking a step that is required in the course of his duty, he cannot make the most of his time or life.

Fact is that a task does not become any easier because it is delayed; neither will a decision become more suitable because of procrastination. Those who linger only litter. The earlier a task is performed, the easier it is to move on to other things.

Procrastination is the graveyard of many lofty ideas. Talking about an issue is not synonymous with doing it. Analyzing a matter is not the same as tackling it. Things do not change until actions are taken. Many people do not have any problem making decisions but they run into difficulty when it comes to executing their decisions.

They say ‘No’ to anything that can take them off course

No one can amount to much who fritters away time.

The post How leaders get more out of life appeared first on Tribune Online.