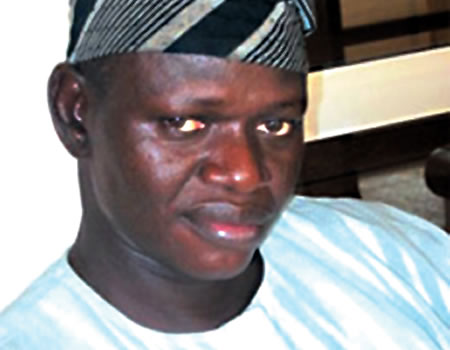 Former member of House of Representatives and PDP stalwart in Plateau State, Honourable Bitrus Kaze, in an interview with ISAAC SHOBAYO speaks on the recent appointment of management committee chairmen for four local governments, especially on the insinuations trailing the appointment that it was a ploy to pave the way for the creation of Emir of Jos among others.

How do you see the recent appointment of management committee for four local governments in the state?

Looking at those that were appointed as committee chairmen, are you satisfied with the fact that they were candidates of All Progressive Congress for the local government election that was cancelled in the affected councils?

Section 7 of the 1999 Constitution provides that democratic system should be in place at all level including local government and Supreme Court has given several judgments to that effect. The local government cannot be run by any other means, except democratic means. The claim of change by the APC and next level is a ruse. What next level are they talking about? Is it next level of lawlessness or confusion?

What is the position of your party? Are you calling for election to be conducted in the concerned councils or what is your stand on this issue?

We don’t trust this administration. I said so because this is the first time any elected governor in the state will throw away the destiny of the people in order to pacify personal political interests. Since Plateau was created, we have never seen this level of betrayal by the government that goes by the appellation “Rescue Mission.” I just pray that Governor Lalong, at the end of his tenure, will be able to give us back Plateau just the way it was handed to him in 2015. We are not asking him for anything better, but let him give us Plateau the way he met it. This cannot be a method to achieve peace. He is the man that claimed he has reduced his five-point agenda to three and the first is peace, good governance and constitutionality. The step he has taken so far has turned the first agenda upside down because the law exists to regulate society, to promote wellbeing and security of the citizens. This step that the governor has taken has destroyed every fabric of peace that is expected to be built upon in the state. He has done inculpable damage by this step. To the best of my knowledge, no elected government in the since 1976 when it was created has so destroyed the fibre of thrust as we witnessing today. We are completely disappointed.

Don’t you see the appointment of a non-native as management committee chairman in Jos North as a means of reconciliation?

How can an unconstitutional act promote reconciliation? It is like you want to cool off your environment and you bring fire and claim it will cool the place. It is constitutionality that promotes order and civil obedience. The governor cannot engage in a rape of democracy and turn his back to claim he is promoting reconciliation. Since he claimed there is peace in the state, he should he should conduct election on the basis of this.

People are yearning for development at the grass roots, do you think this can be achieved under this arrangement?

When people show that they believe in the system and we have a government that has demonstrated clearly that personal interest supersedes that of the people, what will motivate them to develop the land? Take for example, the road from secretariat junction to the British-America junction. How many months has it taken? If a government is driven by selfish interest, development will be relegated to the background. Remember this is the governor’s exit tenure and on the basis of this, it is certain that Governor Lalong will not come back to test the governorship. This should be his motivation. If it were in the first tenure, it would have been better. But that he knows that this matter will end with his administration, he needs to do something fast.

Before the governor released the memo to the state House of Assembly for the approval for the appointment of the management committee chairmen, I, along with the state PDP secretariat, had informed the world that the state government was planning to impose the candidates of the All Progressive Congress on the remaining four local governments. I specifically said that the governor had raised a memo to the House which was approved. I need to tell you that, that was step one of their plan. What we are hearing from reliable source is that the imposition of the candidate of APC, especially in Jos North was a test case. Once the chairman of Jos North has been instituted and the people are not complaining, what will follow is the likelihood of the chairman creating a district in Jos North. And what is is expected to follow the district will be installation of Emir in Jos North. All this is to pacify the yearning of people who feel they installed Governor Lalong. What we are seeing is an agenda that is building gradually. It is an agenda that seeks to satisfy a section of people as if they were the only ones that voted for the governor.

What I am saying is that the chairmanship in Jos North in particular will lead to the creation of district for a particular people, which will in turn lead to the emergence of Emir for a particular people in Jos North. I want to use this opportunity to call on the people of Plateau to hold their elective representatives, especially in the state Assembly responsible because a creation of new district in Jos North is not possible except with the consent of the House of Assembly. This is based on the experience we saw in October 2019. We can see that PDP lawmakers in the House walked out in protest against the obnoxious policy, but the APC lawmakers have the tenacity and propensity to do the bidding of their party without considering the consequences of their actions. So, it is very important for Plateau citizens to hold their elected members of the state Assembly responsible before we wake up to see Emir of Jos impose on the people of the state.

What is your assessment of the House of Assembly?

If you read what happened on the floor of the House, it was reported in the media that members of the PDP raised a matter of concern with regard to the imposition of APC standardbearers instead of election but by fiat. PDP members also raised a concern as to the tendency for such illegality to lead to a breakdown of law and order, but members of the APC in the House led by the speaker insisted that it must be passed. They had their way, at the detriment of the state. I want to say that they have written their history in a very bad light. They have done what no any House before them had done. It is unfortunate that the people that are supposed to protect us are the ones working at cross purposes in line with our aspirations.

What is the way out?

The way out is for Lalong to conduct local government elections in these four council areas, that is the way out. He must conduct elections in Jos South, Jos North, Barakin-Ladi and Riyom Local Government Areas because what he did by appointing caretaker chairmen was imposition. He said they would be there for three months, but the law did not recognise such arrangement even for twenty four hours. So, it is incumbent on the governor to retrace his steps and abide by the constitution and conduct election to promote peace, good governance on the Plateau as claimed in his three-point agenda.

In case this does not happen, what step will your party take?

We are law-abiding people. We will continue to agitate, but will do everything within the ambit of the law to ensure that we have democratic government in those four local government areas