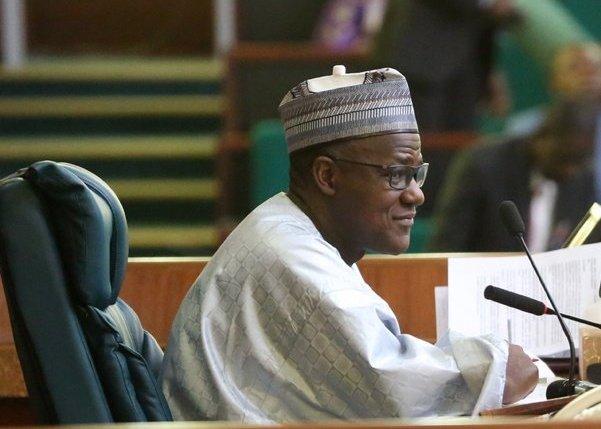 Politicians do not just make moves for the sake of it. Their movement from one political party to another is most times determined by what they hope to get in the new place they are going to.

Since the return of the country to civil rule in 1999, the colour of politics in Nigeria has remained the same, even though power has changed hands from one party to the other.

In 2014, a year ahead of the 2015 general election, some aggrieved governors and leaders of the People’s Democratic Party (PDP) had staged a walk out from the special convention of the party. They alleged impunity and high-handedness against the then leadership of the PDP; it was the time the All Progressives Congress (APC) was budding. The decampees, who nicknamed themselves as New-PDP (nPDP), emptied themselves into the newly formed APC after reaching agreement with the leadership of the APC for a certain sharing formula.

The decampment weakened the PDP, causing its disastrous defeat at the 2015 presidential election.

It would be noted that selfishness was at the root of that defection; as the interest of the masses was not the motivation.

A few months to the last general election, the same group that left PDP in 2014 had also found fault with the APC it helped to win election in 2015. The Kawu Baraye-led n-PDP had accused the APC of marginalising its members and going contrary to the agreement reached before election.

When they felt they were not being listened to, they decided to adopt a new name under a new leadership.

Having felt hard-done-by, the Buba Galadima-led Reformed APC (n-APC) threatened to work against the APC at the 2019 general election.

Again, like in 2015, their agitation was basically selfish and there was little or no concern about the poor masses of this country.

As Nigeria prepares for the next general election billed for 2023, there would be alignment and re-alignment of forces. A good number of politicians who seem to be the soul of their current parties would leave for other associations to pursue their next political ambition.

Early birds may have vantage positions in their new abode. Could this be the calculation of Yakubu Dogara in his recent defection?

Dogara, the speaker of the House of Representatives in the 8th Assembly, was among those that ditched the APC for the PDP, shortly before the 2019 general election.

At that time, he had given a lot of reasons for his actions, including saying that the broom party did not have the interest of the Nigerian people at heart.

Following the massive defections that took place before the last election, a political analyst, Peter Amah, had described the defectors as “silly doves” without hearts, saying he was shocked that those who said unprintable things against the PDP when they dumped the party in 2014 were “straying back,” singing the same song against the APC.

“When I look into the future of the Nigerian politics, I see gloom; I see darkness and hopelessness. If you have noticed, we have made no progress in the last three years-and-half; we are rather degenerating.

The saddest part of it all is that our so-called leaders seem to pretend that they do not see the impending catastrophe,” Amah said.

Dogara’s defection penultimate Friday has made him an early bird this time around, ahead of the 2023 general election. Watchers of politics in the country did not just see his exit from the PDP as happenstance; they believe it is a script that is being written to achieve something.

The speed and manner of his presentation to President Muhammadu Buhari by Mai Mala Buni, Yobe State governor, shortly after his exit from the PDP spoke volume that something is in the offing.

Dogara listed his grievances in a letter of resignation which he addressed to the Chairman of Bogoro ‘C’ Ward of the PDP, in Bauchi State.

He accused Governor Bala Mohammed of abandoning the campaign promises he made to the people of Bauchi State. Among questions raised were Bauchi State governor’s inability to conduct local government election within six months as promised during the campaign in 2019, alleged mismanagement of funds by the governor and inflation of contracts.

He argued that if he abdicates his responsibility of telling truth to power in Bauchi State, having done same under the administrations of former Governors Isa Yuguda and Muhammed Abubakar, he would be the most irresponsible and unprincipled politician in Bauchi State.

He said that he could not effectively raise his questions about the poor governance in the state and still be regarded as a loyal member of the party, hence his decision to leave.

Denying Dogara’s allegations, Governor Mohammed accused the former speaker of contract inflation in the project he was executing in his constituency.

The governor gave the explanation when his supporters from the Dass, Tafawa Balewa and Bogoro Local Government Areas, where Dogara represents, paid him solidarity visit at the Government House, Bauchi, last Tuesday.

He said: “Those lies he said about me; he said that we don’t give allocations to the LGAs, but have the LGAs been like this before? Have you not been seeing what we are doing there?

“Was it not Dogara that brought the road project from his pocket from Bogoro-Dull-Burga at N17 billion and it has not been completed and it is just 45 kilometres.”

Governor Mohammed further said: “He is just talking because if you see a dog running, it is either it is running to get something or something is chasing it. We pity him because he has become an epidemic in politics, but we, in our capacity as brothers, especially we the elders, he has become a disgrace. We only depend on God, you (Dogara) are nobody, imagine now that God made me your governor, should I now disrespect you?”

But beyond the allegations and counter-allegations, observers say that 2023 must be at the centre of Dogara’s reason to exit the PDP.

Senator Jibrin, chairman, PDP Board of Trustees, said that 2023 was at the heart of Dogara’s backsliding from the umbrella association. He had alleged that the former speaker’s exit was to enable him lay groundwork for the post of vice president or president in the next national election.

Senator Walid Jibrin, chairman, PDP Board of Trustees (BoT), said the former speaker left the party because of his alleged ambition in 2023.

Jibrin said: “I am beginning to suspect that the former House of Representatives speaker Dogara has a plan of becoming President or Vice President in 2023 which he knows he will never achieve in PDP. I want to assure him that People’s Democratic Party shall continue to be very strong and united and its doors remain open to all Nigerians; therefore, PDP will never accept any plan by anybody to destroy the party.”

Recall that recently, Mamman Daura, one of the touted members of the cabal in the corridors of power in Abuja, who had openly confessed that he supplies pieces of advice to President Buhari, had echoed what many have interpreted to be Buhari’s stand on the issue of power shift in the country.

Daura had said that his nephew, Buhari, was going to hand over power based on competence and not necessarily on the basis of power shift.

In published separate responses by the Socio-political organisations in the central and southern parts of the country including the Middle Belt Forum, Ohanaeze Ndigbo, Afenifere and the South-South Elders’ Forum, they said that President Buhari did not become the President in 2015 on the basis of competence but on zoning.

According to Nwodo, “Talking about competence or the most qualified, was President Buhari the most qualified Nigerian when he ascended the Presidency? “Has he proved to be the most competent? Are the service chiefs the most competent among their colleagues to warrant their being retained beyond their tenure? Obviously, no; because, occurrences in the country since he became President and Commander-in-Chief have proved him to be incompetent.

“Now that it is the turn of the South, precisely the South-East, he is mouthing the most qualified and competent. Equity is a constant flagship for peace and good governance. Without it, there will be continued agitation and crisis.”

Nwodo also wondered “who determines the most qualified or competent candidate.”