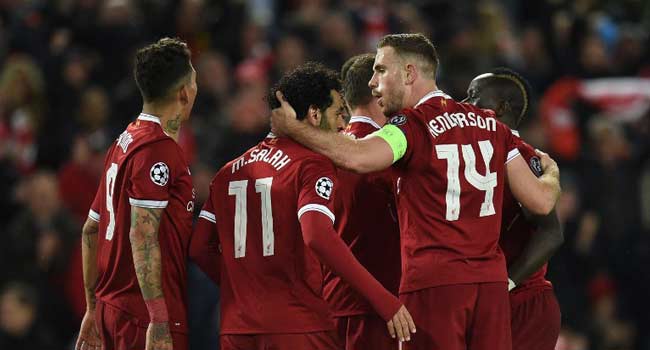 Liverpool cruised back into the Champions League next season by easing past Brighton 4-0 on Sunday as Mohamed Salah set a new Premier League record of 32 goals in a 38-game season.

Jurgen Klopp’s men face Real Madrid in the Champions League final on May 26, but will be back in the competition next season no matter what happens in Kiev.

Salah, Dejan Lovren, Dominic Solanke and Andy Robertson were on target at Anfield as Liverpool finished with a five-point advantage over fifth-placed Chelsea, who were beaten 3-0 at Newcastle.