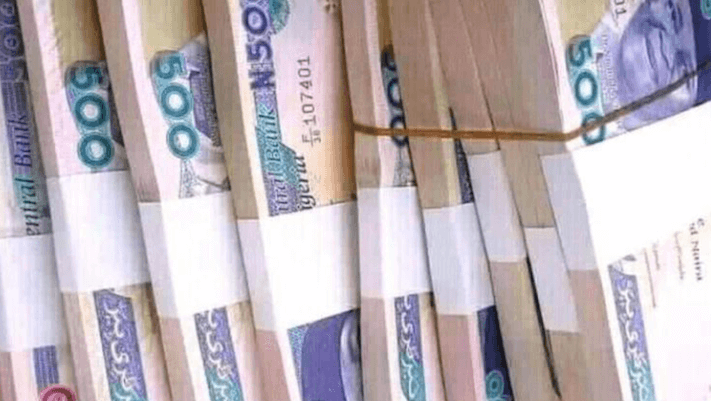 Nigeria’s currency on Wednesday firmed against the dollar by 0.12 percent at the official window following improvement in liquidity and moderation in demand for the greenback.

The foreign exchange daily turnover rose significantly by 305.02 percent to $172.50 million on Wednesday from $42.59 million recorded on Tuesday at the Investors and Exporters (I&E) forex window.

Consequently, after trading on Wednesday, the naira closed at N410.50k per dollar compared to N411.00k recorded on Tuesday, data from the FMDQ revealed.

Currency traders who participated in the trading on Wednesday maintained bids at between N400.00k and N420.50k/$, according to the data.

The exchange rate remained flat at N482 at the Bureau De Change (BDC) segment of the foreign exchange market and N485 at the parallel market.

At the money market, the Nigerian Treasury bills secondary market closed on a positive note on Wednesday with average yield across the curve decreasing by 2 bps to close at 4.72 percent from 4.74 percent on the previous day, a report from the FSDH Research stated.

In the Open Market Operation (OMO) bills market, the average yield across the curve increased by 6 bps to close at 8.10 percent on Wednesday as against the last close of 8.04 percent on Tuesday. Selling pressure was seen across long-term maturities with the average yield rising by 11 bps. However, the average yields on short-term and medium-term maturities closed flat at 4.72 percent and 7.22 percent, respectively. Yields on 8 bills advanced with the 11-Jan-22 maturity bill recording the highest yield increase of 49 bps, while yields on 19 bills remained unchanged.

According to the report, the FGN bonds secondary market closed on a mildly negative note on Wednesday, as the average bond yield across the curve cleared higher by 5 bps to close at 8.80 percent from 8.75 percent on the previous day. Average yields across medium tenor and long tenor of the curve expanded by 25 bps and 8 bps, respectively. However, the average yield across the short tenor of the curve remained unchanged.