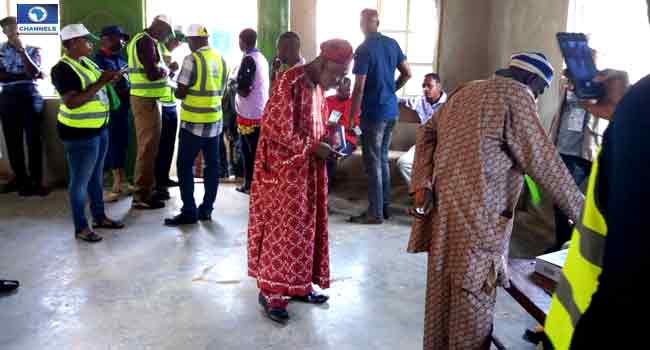 The Peoples Democratic Party (PDP) has advised the Independent National Electoral Commission (INEC) not to tolerate any form of manipulation in the Ekiti State governorship election.

In a statement on Saturday by their National Publicity Secretary Kola Ologbondiyan, the party warned that such action might lead to a crisis.

“The Peoples Democratic Party (PDP) has cautioned the Independent National Electoral Commission (INEC) not to accept or announce any result that does not reflect the true votes cast at polling centres, as such would be a direct call for crisis,” the statement said.

The party noted that the people of the state already knew the results declared at various polling centres and were aware of the whole electioneering process.

They, however, accused some electoral officers of conniving with officials of other parties to attack and chase away their agents at the collation centres, particularly in their electoral areas of stronghold.

In view of this, the PDP cautioned INEC to be guided and ensure that it does not allow itself to be pushed by any interest “to subvert the will of the people as that would be a recipe for crisis.”

The party, in another statement, accused the All Progressives Congress (APC) of attacking their supporters with the support of security operatives.

The PDP said, “We have noted and believe that the whole world has noted too, the harassment, intimidation and violent attacks on our members and supporters by thugs hired by the All Progressives Congress (APC) who are being aided by some compromised security men brought in by the APC to perfect the aggression against our members at the election.”

“The entire world has witnessed the desperation of the APC to hijack the reign of governance in Ekiti State through terrorisation, snatching of ballot boxes and ferocious assault on Ekiti people, who turned out peacefully to cast their votes,” they claimed.

While calling for the intervention of the international community, the party vowed to continue to monitor all events, saying they would make their formal position on the entire process known soon.

They also called on the party members and supporters to be at alert, monitor all results closely, and ensure that nobody, no matter how highly placed, alters any result that is already in their favour.